Horror is one of the more polarizing genres in modern film.  People either love it or refuse to watch it.  The predominance of the “torture porn” sub-genre, specifically in the mid 2000’s, has turned far too many stomachs, leaving no desire for seconds.  Nothing is implied, everything is shown in gruesome detail and the result is horror to the body and little of the mind. But I am here to assure you there are ground breaking, spine tingling horror flicks still being made.  Horror was once one of the most critically acclaimed genres: Psycho, Rosemary’s Baby, The Shining, Silence of the Lambs, the list goes on and on.  Good horror? No these were great films; period. stop. Films that pushed boundaries of the medium’s capabilities and brought to life some of our greatest fears.  There is a uniqueness to horror in its ability to create instability– a feeling many of us crave. It is why so many who like horror, love horror.

A warning: I must note my list does not shy away from gore, many relish in the carnage, but I’d like to believe the filmmakers’ intentions go deeper than the blood. So here it is, a glimmer of hope in the depths of depravity.  Lets begin shall we?

13. Unfriended (2014)– This one takes place entirely from one high school girls computer screen. A group of friends are haunted by the ghost(demon?) of a fellow classmate who killed herself.  It is equal parts horror film and an anti-cyber bullying campaign. 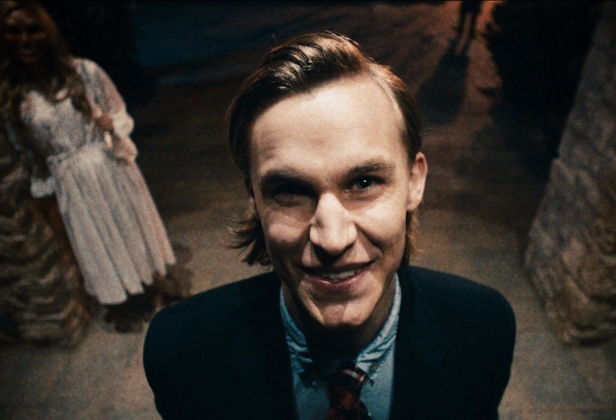 12.The Purge Series (2013 and 2014)– One night every year the new founding father of the United States legalizes all crime. Tired of your neighbor mowing that one patch of your grass because he doesn’t know where the property line is? Go kill em.  Both Purge films are frightful and a surprisingly good time. Yes, some ideas we have seen before but there is enough originality to keep the series feeling fresh and enthralling. The third movie in this series comes out soon; if it is well received, we may be witnessing one of the great franchises for the action/horror genre.

11. Bone Tomahawk (2015)– Slow, haunting, violent. Mixing the horror and western genres that would make the likes of John Wayne turn his horse around and ride home. One man sets out with a posse to rescue his wife from a group of cannibals.   The performances from  Kurt Russell and Richard Jenkins are memorable. Be warned- this one gets VERY gruesome.

10. Hush (2016)– Checkout my full review on this one. A home invasion thriller that will have you checking the locks on your doors before going to bed.

9. The House of the Devil(2009)– A college girl in desperate need of money takes a baby sitting gig that seems innocuous, until it isn’t. This film requires some patience as it builds slowly but its final twenty minutes are horrifying.  The film ends on a note that is deeply disturbing and will stick with you for some time. 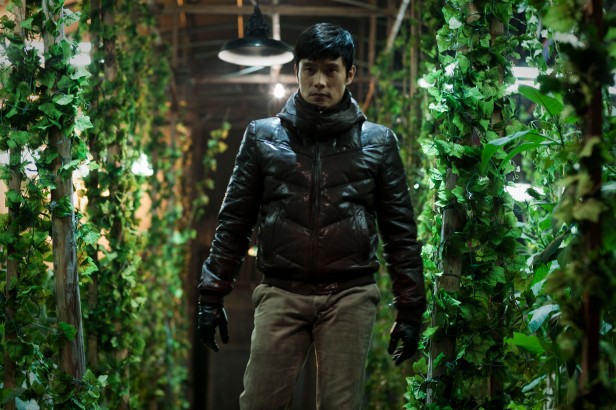 8. I Saw the Devil(2010)–  This Korean film directed by Kim Jee-woon who also did Oldboy is a must see. After his wife is murdered by a psychopath, Kim Soo-hyeon sets off to make the killer’s life a living hell.  If you can handle the gratuitous violence and occasional cannibalism, this is one ride you won’t want to end.

7. The Descent (2005)– Some films are dripping in gore, this one takes a bath in it.  A group of adrenaline junkie friends reunite to explore some old caves- it  doesn’t go quite as they planned. The film creates a haunting sense of claustrophobia that is relentlessly unnerving.  Try to watch the UK version.  They had edited the ending for the U.S release because the original was considered “too dark” for American audiences–how considerate of them.

6. You’re Next (2011)-Not the best date night movie.  You’re Next is an absolute delight if you can handle the abundance of violence.  It mixes gore and dark humor to concoct a fun spin on the home invasion sub genre. 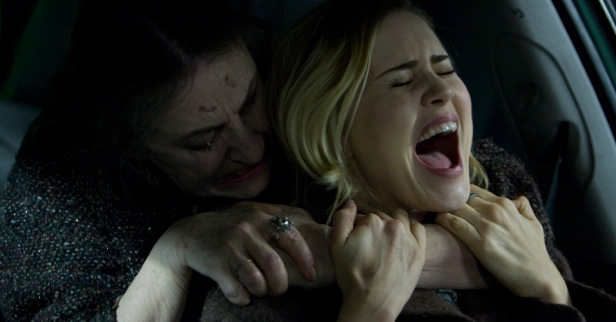 5. Drag Me to Hell (2009)–   A young girl is cursed by a gypsy and with the assistance of a psychic attempt to rid herself of said curse before her soul is sent to hell. The film is hilariously over the top, yet it still manages to dish out the scares. Some people hate the ending, I think it is perfect.

4. The Cabin in the Woods (2011)–  A group of friends head out to (you guessed it) a cabin and horror ensues.  Moments that were terrifying  and others where you could burst out with laughter.   This film takes a clever twist on modern horror cliches much like the  Scream series did.

3. The Conjuring(2013)–  A new family moves into an old house that is full of demons.  I’d like to think people had a similar sense of dread walking out of The Exorcist in 1974. The scariest movie I’ve watched in a theater. I came home after this film feeling quite unsettled and really wished my parents hadn’t gone out to dinner that night.  I was 21.

2. The Babadook (2014)– A monster is conjured and inflicts great horror onto a single mother and her young boy.  It is a film that demands to be watched more than once. The Babadook hits on certain themes that many films are unable to properly convey usually do to a convoluted plot. It deals with grief, loneliness, and the dangers that come along when you repress these feelings.

1. It Follows (2014)– By the skin of its teeth, It Follows makes the number 1 spot. A girl  finds she is being followed by a mysterious being and the only way she can have it stop following her is to “pass”it on to someone else.  I wish I could relive my first viewing of this film. It is a multi layered delight for the senses, destined to become a horror classic.

The Last Exorcism, Splinter, 1408, Big Bad Wolves, The Orphanage, The Others, In Fear, Let the Right One In, 28 Days Later, The Mist

Well that’s the list, please comment with some of your favorites or some I may have missed!